A temple dedicated to the 4 sacred elements,  EARTH,  FIRE, WATER, AND AIR.

It is made on a hilltop in the desert of Andalusia,  Spain,  Using white, blue and yellow marble from the mines of Mikael.  It is composed of 40 large standing stones,  arranged in a sacred geometry  aligned with the summer solstice. There is a spiral path leading up to the hilltop also with marble. The stones have carvings, in the form of Geoglyphs,  depicting each element at the 4 cardinal directions, as well as many other carvings of ancient sacred symbols depicting celestial bodies, the sacred feminine and masculine,  the magic power of music, and the hidden knowledge in each human being, and our connection with the cosmos.

The installation is in the meditation center and community of AL HAMAM CORTIJOS DE LOS BANOS,  in Lucaineina de las Torres, Almeria, Spain. 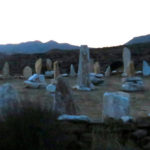 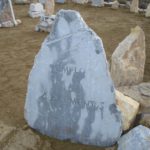 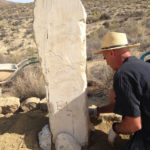 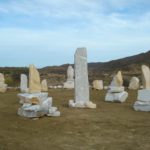 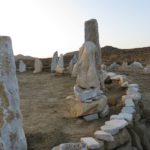 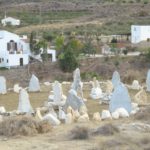 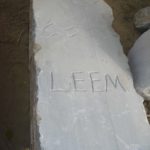 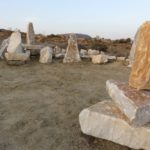 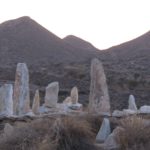 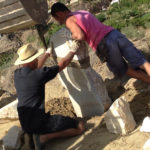 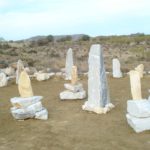