A temple dedicated to our relation with the cosmos. It is on the side of the active volcano  VILLARICA  near Pucon, Chile. It is composed of two large circles, one in stone and one in cement, and thousands of other stones arranged in geometric patterns, aligned with the summer solstice. There are 4 obelisks, one of them carved with symbols of the 4 sacred elements. The upper circle has two large guardian figures,  ATLANTEANS, inspired by female ‘butterfly’ warrior figures found in Tula, Mexico. At the apex is a statue of the Cosmic Mother, and behind that figure is a crystal and copper structure which acts as an accumulator of Orgone energy based on the teachings of Wilhelm Reich.

The installation is in the meditation and retreat center of SAMMASATI, in Pucon, Chile. 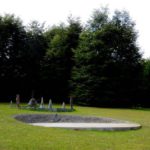 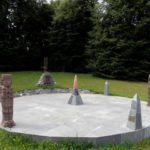 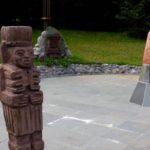 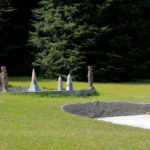 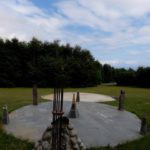 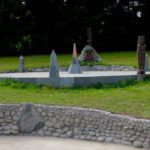 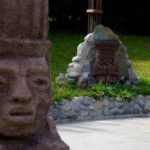 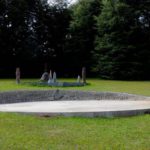 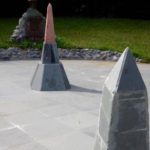 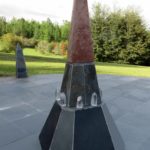 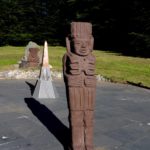